If you or someone you love is dealing with a diagnosis of a cancer that is related to the 9/11 World Trade Center attacks, you most likely have a lot of questions regarding possible compensation. Most of the compensation paid out through the Victim Compensation Fund is related to economic losses, and many victims have received awards of more than one million dollars.
Understanding Economic Loss 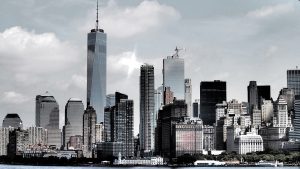 Before you can determine how much money you or your loved one could possibly receive, it’s important to understand what is and is not included under economic loss. In general, economic loss covers compensation that the victim and/or his family would have been eligible for. This includes compensation for medical bills, out of pocket medical expenses and replacement services. Economic loss also covers the loss of earnings and other benefits of employment because of the death or disability caused by the accident.If your 9/11 related illness, injury or disability has rendered you unable to work, you may be eligible for compensation for both past work missed and future work that is no longer an option for you. Every case is different, but economic loss does include both prior and future losses for both your work and your household.
Filing a Claim
In order to receive any amount of compensation, you must file a claim. The claim submission process can be difficult, but the potential award is great. Once you have finalized your claim and submitted all documentation, you could potentially receive millions of dollars to accommodate for your losses.There is not just one set amount that is awarded, because the total depends on a variety of factors. For instance, the age, salary history, and future expected salary of the claimant will all be considered. Some people will require expensive medical care for the rest of their lives, while others might suffer more of a one-time impact from 9/11.

If injuries or illnesses sustained as a result of 9/11 are impacting your life, it’s time to get the compensation that you deserve.

An unusual lawsuit involving a leguminous vegetable has been filed against a New Jersey supermarket. 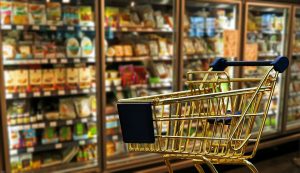 The plaintiff in this case is a woman from Oakland, a borough of Bergen County, and the defendant is the local ShopRite supermarket. Although the lawsuit in question was filed in early October, the accident is alleged to have happened two years ago.

According to court records kept by Bergen County Superior Court, the 55-year old New Jersey woman stepped on a string bean and fell down on the aisle floor near the produce department. The lawsuit further claims that the plaintiff suffered extensive injuries that left her disfigured and with a certain degree of disability.

The lawsuit is being filed in accordance to the numerous provisions of the New Jersey Revised Statutes as they relate to negligence, which can be comparative or contributory. In this particular case, the plaintiff asserts that ShopRite was negligent because it failed to prevent string beans from falling from the baskets set up for self-service shopping. This self-service produce shopping model has become very popular at many supermarket chains across the United States; shoppers are encouraged to get their hands on fresh produce that they can pick, choose and bag for themselves. This shopping model, which is similar to a farmers market, cuts down on packaging and provides a more wholesome, has the unfortunate potential of produce falling down from the baskets.

The lawsuit argues that ShopRite was negligent insofar as not posting an employee to scoop up fallen string beans. Court records also show that the plaintiff believes that ShopRite failed to equip its produce section with safety floor mats that can provide better grip and protective cushion in case of a slip-and-fall situation.

As can be expected in these lawsuits, the plaintiff seeks to recover funds spent on medical bills and lost wages. The ShopRite location being sued is part of the Wakefern Food Corporation, a major retail consortium that is headquartered in Newark. 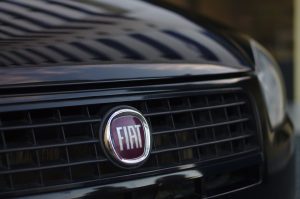